The official start of summer is just days away, but no one is slacking around here. This week, we saw how Microsoft researchers used artificial intelligence (AI) to master what was thought to be the un-masterable “Ms. Pac-Man,” an addictive 1980s video game. We met the new Xbox One X, a console system designed to play the best games of the past, present and future. And we hung out at Microsoft’s Data Insights Summit in Seattle, where Power BI Premium was introduced. Let’s go:

It was a mix of nostalgia and sci fi, but in this case there was nothing “fi” about it: Microsoft researchers created an AI-based system that learned how to get the maximum score on “Ms. Pac-Man.” The researchers used a divide-and-conquer method that could have broad implications for teaching AI agents to do complex tasks that augment human capabilities. The team from Maluuba, a Canadian deep learning startup acquired by Microsoft earlier this year, used a branch of AI called reinforcement learning to play the Atari 2600 version of “Ms. Pac-Man” perfectly. Using the divide-and-conquer method, the team achieved the maximum score possible: 999,990.

We also learned how AI was used in another way by Microsoft, to help crack down on tech support scams worldwide. It’s a fascinating detective story. The findings helped the Federal Trade Commission in its crackdown.

Xbox One X, the most powerful and smallest console Xbox has ever built, was unveiled at E3 in Los Angeles. With 40 percent more power than any other console, you’ll experience immersive true 4K gaming when it’s paired with a 4K display.  Xbox One X will also make your existing library even better, with better textures, smoother frame rates and faster load times, even on a 1080p TV. All Xbox One games and accessories are compatible with the Xbox One X, which will start rolling out Nov. 7 to all Xbox One markets. At E3, Xbox showcased a record 42 games, including 22 with console exclusivity from creators large and small. 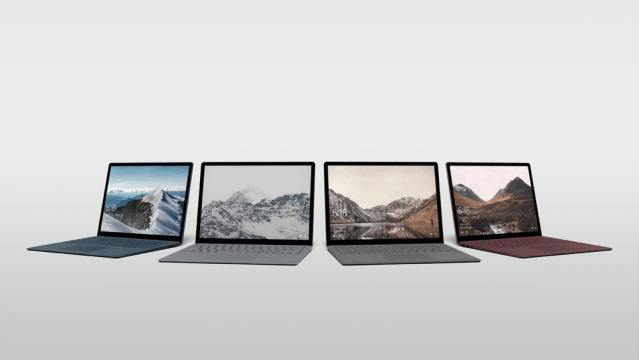 It was a great week for data analytics news. At Microsoft’s Data Insights Summit, Power BI Premium, Microsoft’s next step in its commitment to empower people and organizations with access to critical intelligence, was made generally available. Power BI Premium enables the distribution of data analytics and visualization reports broadly across an enterprise and externally, without requiring recipients to be individually licensed.

There was also big news about an organization that deals in big news: The Associated Press and Microsoft announced that AP will use Microsoft Power BI to expand the way AP shares data with its member news organizations and customers. The pilot program will enable local and regional news outlets to more easily uncover and report the data-driven local stories most interesting to their audiences through AP’s use of Power BI.

They’re coming – and soon! More than 50 teams of student developers (who are definitely not summer slackers) are headed to the Microsoft campus in Redmond, Washington, to show their visions for the future, and compete for more than $200,000 in prizes in the 15th Imagine Cup, with the championships slated for July 27. The mix of student projects is impressive, says Anthony Salcito, Microsoft vice president for Worldwide Education, who will be among the judges.

Speaking of IoT, we met a prince of a guy wooing a brainiac princess in Episode 2 of the animated series, “Explanimators.”  “Fair princess, imagine if I were the internet and you were a toothbrush,” his missive to her begins. Trust us: It gets way better from there, as she educates him about some of the people using IoT to create everything from a self-sustaining urban farm to more intelligent vehicles.

We also got to hear from a prince of a songwriter/musician, Ernest Greene of Washed Out. He’s planning a live show for the upcoming “Get Lost” tour to promote his latest album, “Mister Mellow.” Greene will perform with two others bandmates, who will handle percussion and keyboards. Three Kinect sensors will track their movements in real time and project infinite repeating patterns reminiscent of live video feedback behind them.

It’s the latest in an artist series featured on Music x Technology, an initiative that celebrates forward-thinking artists who are using Microsoft technology to transform the way people create and experience music.

That’s it for this edition of Weekend Reading. Now you can put your feet up and relax – well, at least until Monday!