Fifteen years ago, when Microsoft first launched Imagine Cup, the premise was simple: create a global innovation competition to inspire the brightest young minds in the world to bring their boldest ideas to life with technology.

As a leader on our education team, Imagine Cup is one of my favorite times of year. The competition shows the true power of technology to unlock students’ innate creativity and ingenuity and helps them build the skills they’ll need in the modern workforce. I’m thrilled to share that this milestone anniversary year for Imagine Cup is poised to be one of the most exciting yet.

In just a few short weeks, more than 50 teams of student developers will descend upon the Microsoft campus here in Redmond to show us their vision for the future and compete for more than $200,000 in prizes. Those prizes include $100,000 in cash, a $120,000 Azure grant, a trip to next year’s Build developer conference and, best of all, a private mentoring session with our CEO, Satya Nadella.

I’m honored to have a front row seat as a guest judge, and I’m also excited to announce that Scott Guthrie, Microsoft’s executive vice president of Cloud and Enterprise, will host the Imagine Cup Championships, which you can watch via a special webcast at 9 a.m. PDT on Thursday, July 27.

From the looks of the finalist teams’ ideas, we are going to have another incredible competition. This year, we have more teams than ever representing some of the world’s most prestigious educational institutions, including the University of Oxford, the Massachusetts Institute of Technology (MIT) and the University of Tokyo.

In addition, we have a stellar trio of championship judges drawn from the best-of-the-best across academia, Microsoft and the broader technology industry. These three judges are each on the forefront of driving innovation in their respective fields and will choose the next Imagine Cup Champion. They are: 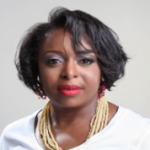 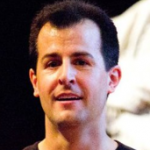 Harvard University computer science professor David Malan, a senior member of the Faculty of Arts and Sciences and instructor for Computer Science 50 (CS50), the largest CS course at both Harvard and Yale University, and the largest online course at edX with lectures being viewed by more than a million people. 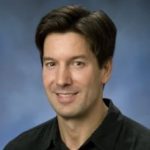 Microsoft’s own Mark Russinovich, a Microsoft technical fellow and the chief technology officer for Azure. Mark is a graduate of Carnegie Mellon University, one of the most notable computer science universities in the world.

And, for the first time, we’ve put together a great lineup of coaches who will mentor the final four teams in real time to prepare them for the championship competition. These four coaches all hail from different parts of Microsoft, and all are rock stars in their own right. Their role at the Imagine Cup will be to help the finalist teams strengthen their tech, sharpen their onstage presentations and perfect their business pitches. They are:

Be sure to catch all the action and watch the best young developers in the world compete for the Imagine Cup Championship via the webcast at 9 a.m. PDT on July 27 on Microsoft Imagine.

Best of luck to all the students who will be traveling to Seattle in July to compete! We can’t wait to see the future through your eyes.

The post Tune in to Imagine Cup July 27 to see which team wins more than $200,000 in prizes appeared first on The Official Microsoft Blog.