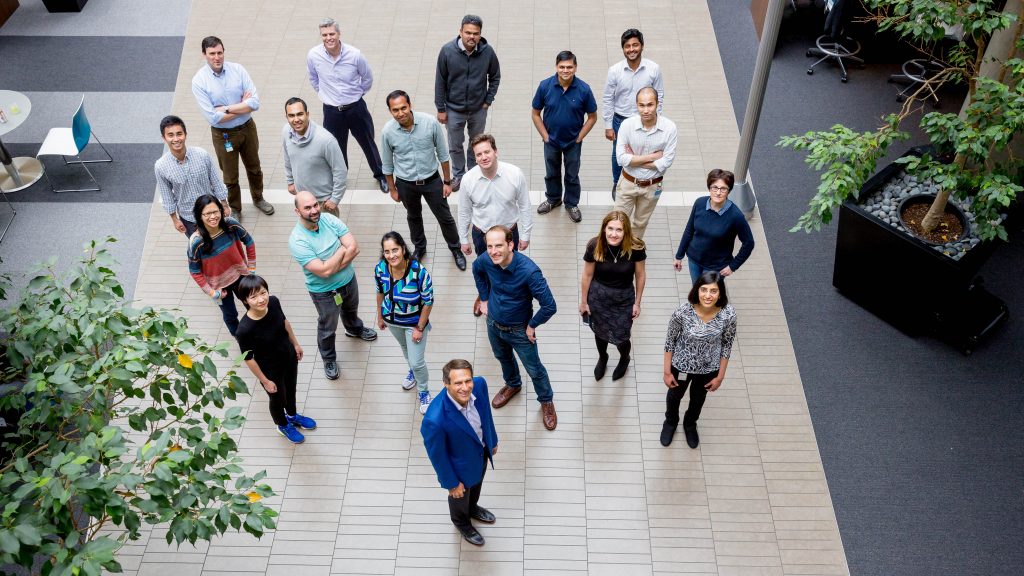 From the champion soccer team to the teamwork now transforming grocery stores to the collective efforts of cyber heroes, this week gave us daily lessons on the power of joining forces.

Let’s sample this catalogue of collaboration. 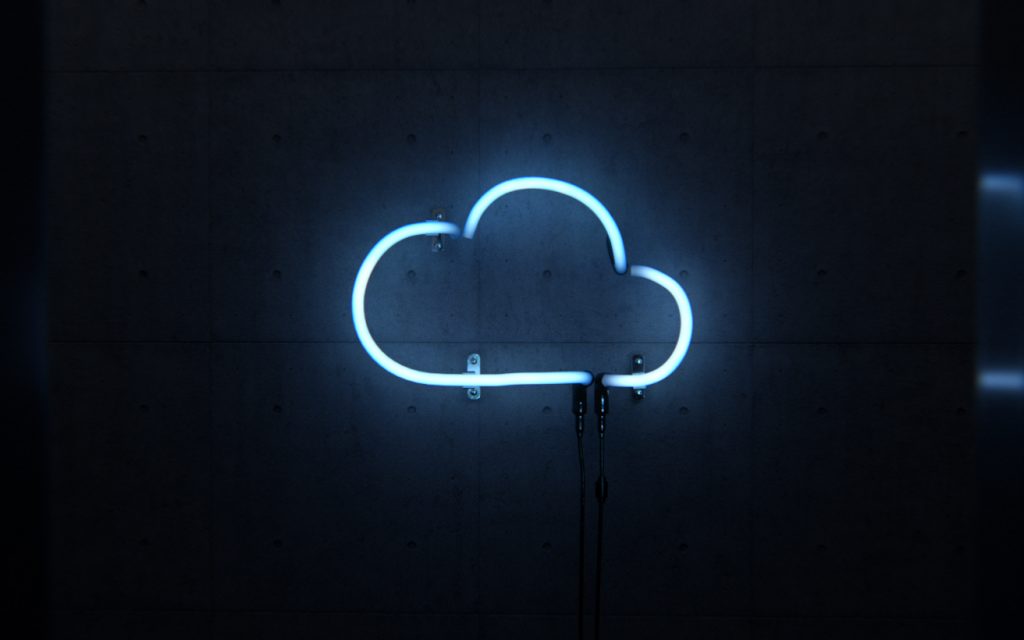 Cloud security is one of the ultimate team endeavors, requiring a unified effort to arm the cyber heroes that detect, block and learn from the 1.5 million attempted daily breaches of Microsoft’s systems.

Bharat Shah, Microsoft’s corporate vice president of security for the company’s Azure platform, compares cybersecurity to how U.S. states long ago discovered the best way to nab bank robbers: share robbery info with each other. Today, if one customer sustains an attempted cyberattack, all other customers are protected as well – a pooling of data called the “cloud effect,” Shah said.

This week on the Facebook, Twitter and LinkedIn pages, we amplified this piece, titled “Securing the Cloud.” The Story Labs feature dove into the high-tech, high-stakes race to keep the cloud safe, secure and empowering for all. This includes the advanced encryption projects Microsoft researchers are building to keep data secure. 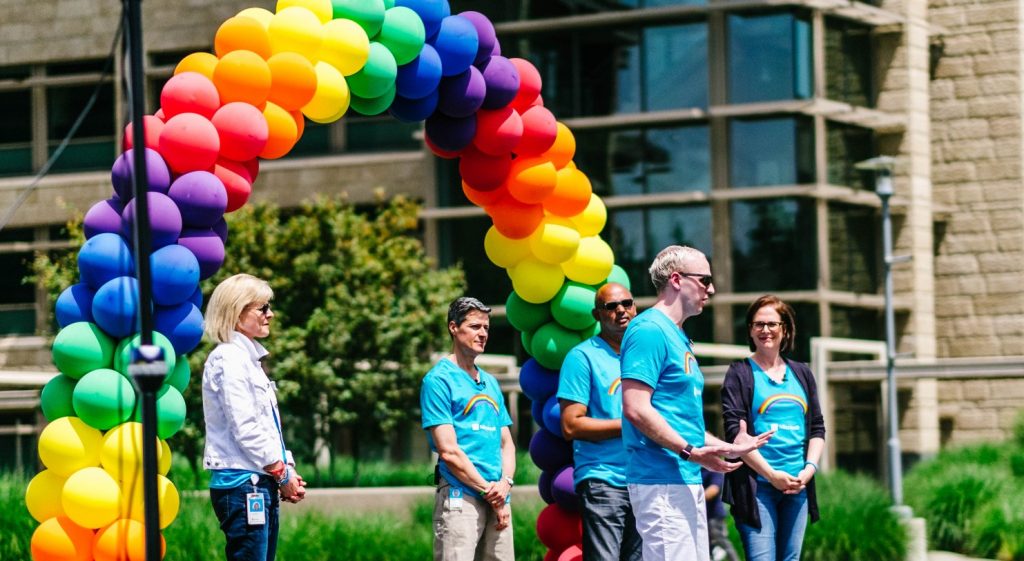 Microsoft employees and leaders stood together Tuesday at the company’s Redmond, Washington, campus to kick off participation in global Pride celebrations. At the soccer field gathering – filled with folks in turquoise-and-rainbow Microsoft T-shirts – speakers discussed the company’s commitment to diversity, inclusion and LGBT+ rights. 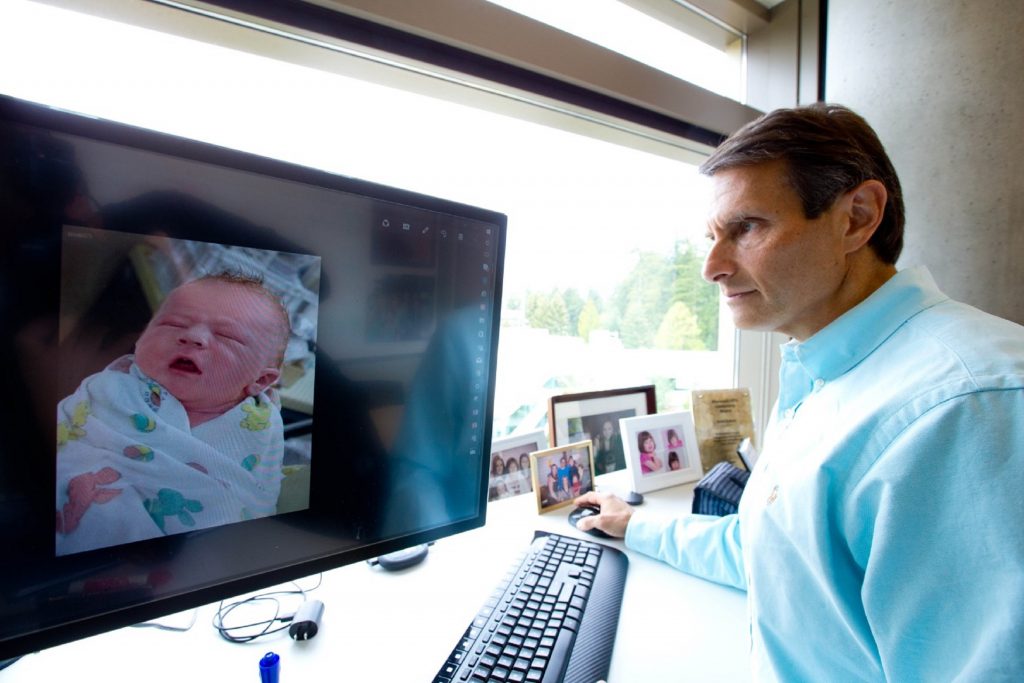 John Kahan in his office at Microsoft, with a photo of his son, Aaron, on the computer screen. (Photo by Scott Eklund/Red Box Pictures)

More than a dozen data scientists at Microsoft donated 450-plus personal hours during the past year to create a new research tool aimed at solving the mystery of sudden infant death syndrome (SIDS), which claims approximately 4,000 U.S. babies each year.

The Microsoft team used publicly available – but unanalyzed – birth and death data from the federal Centers for Disease Control and Prevention (CDC). They developed a tool that runs on Microsoft Azure and that uses statistical analysis and machine learning to interpret the CDC data on SIDS in a way never done before. The team hopes its work will leads to finding the causes of SIDS, and the development of preventive measures. 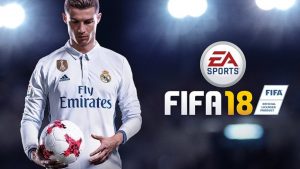 If we’re talking teams, we must mention Real Madrid, which won the Champions League last Saturday on the shoulders and feet of Cristiano Ronaldo, who scored two goals.

Named the world’s best footballer by FIFA in January, Ronaldo also will be the face of “FIFA 18” when it comes to Xbox One this September. To record his famous chop moves and acceleration on the pitch, Ronaldo wore the EA Sports motion capture suit during a game. See all of this data come to life in the new video game.

At supermarkets across the world, app makers, tech innovators and grocery chain operators are combining visions to transform food shopping.

App maker Lakeba uses Microsoft Azure and Power BI to deploy robots and drones to serve as inventory trackers at a number of pilot stores abroad. And Utah grocery chain Macey’s is equipping customers with the Skip app, which makes shopping lists sharable and checkout a breeze. 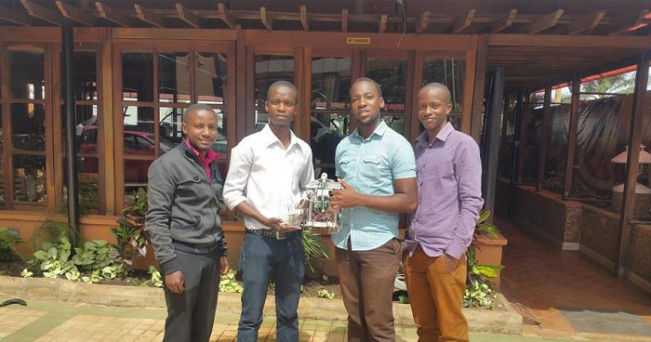 Teams that will compete in Seattle this July at the 2017 Imagine Cup World Finals seek to boost maternal health and to help curb addiction.

The competitors vying for more than $100,000 in prizes include BITSplease UJ from South Africa, which created an online environment to help people overcome multiple forms of addiction. And from Uganda, LabTECH Innovations developed an integrated solution for effective diagnosis and monitoring of maternal health.

More than 80 teams, made up of postgrads from 26 countries, entered the challenge. They were required to create and train agents to work together in a mini-game toward a common goal: catching a pig. Each team submitted their code to GitHub, sent in a write-up about their approach and created a video showing their agent in action. Prizes for winning the challenge included a placement at the invitation-only Microsoft Research AI Summer School and/or Microsoft Azure for Research grants, worth up to $20,000.

A new app, Microsoft StaffHub, gives government field workers an office connection so they can manage schedules, share info and communicate within and across teams. The app is part of Office 365 Enterprise (K1, E1, E3, and E5), and works on iOS, as well as on Android phones and tablets.

Speaking of Office 365, go-to guides are now available to help companies switch to the service. The eight guides have step-by-step pages to make a fast and smooth transition from Google G Suite to Office 365. 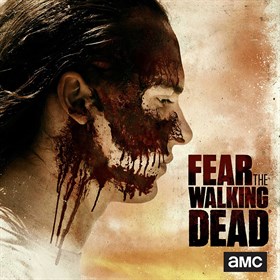 We close with some small-screen magic pitting two teams that will never find common ground – zombies and uninfected survivors.

Yes, you can scoop up the first two episodes in the third season of “Fear the Walking Dead” (prequel to “The Walking Dead”) in the Movies & TV section of the Windows Store. Or, buy a season pass to get all the episodes of the show as they become available.

The plot does include some crucial collaboration. Survivors come together to rebuild society – and their families – in the zombie-ridden wasteland formerly known as the U.S.-Mexico border.

That’s it for this week. Visit again next Friday – and be sure bring your brains – for another edition Weekend Reading.