Yesterday, Microsoft received the 2016 Extraordinary Employer Support Award from the U.S. Department of Defense in recognition of its sustained support of National Guard and Reserve military members. It was an honor to attend an on-campus ceremony where Chief Financial Officer Amy Hood accepted the award on behalf of the company. Amy’s presence is testament to the fact that Microsoft’s support of the military extends up and down our chain of command.

Amy puts it this way: “At Microsoft, we go to great lengths to recognize the contributions of the citizen soldiers in our midst. Rather than merely complying with the regulations, we go above and beyond as we strive to create a culture of inclusion that allows us to employ the very best talent the world has to offer.

Such support is crucial, we believe, because although the military has created an extensive network of resources to support active duty personnel in their transition to civilian life, National Guard and Reserve members don’t have access to the same resources.

When they return from a tour of duty, many of these men and women have been gone for several months, serving in all sorts of demanding conditions wherever our country needs them. And rather than being met by fellow service members, they are met by managers and colleagues who often expect them to be fully engaged and effective in their civilian jobs right out of the gate. 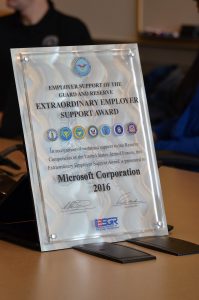 In 1972, the DoD founded the Employer Support of the Guard and Reserve program to help address this inequity and promote supportive work environments. That was followed by the Uniformed Services Employment and Reemployment Rights Act (– USERRA), which Congress passed in 1994.

Both efforts were aimed at addressing some uncomfortable realities: Civilians who have not served have a difficult time understanding the challenges of military life. Many civilians feel ill-equipped to provide the kind of support and comfort that members of the military need when returning from active duty. In the corporate world, where the bottom line reigns supreme, we have a very low tolerance for anything that impedes productivity.

Let’s acknowledge there are many ways of measuring contributions. As a Marine Corps veteran who works alongside members of the National Guard and Reserve at Microsoft, I’ve come to realize that what is lost in productivity while they are away on duty is more than made up by their level of drive, conscientiousness, leadership and professionalism, which is second to none.

For example, when employees are away on duty, we supplement their military pay to match what they make at Microsoft to ensure they are not losing income. And their benefits continue accruing at the same rate, just if they had never left. On a more personal level, we try to foster a work environment that views our National Guard and Reserve employees as valuable members of the Microsoft team. 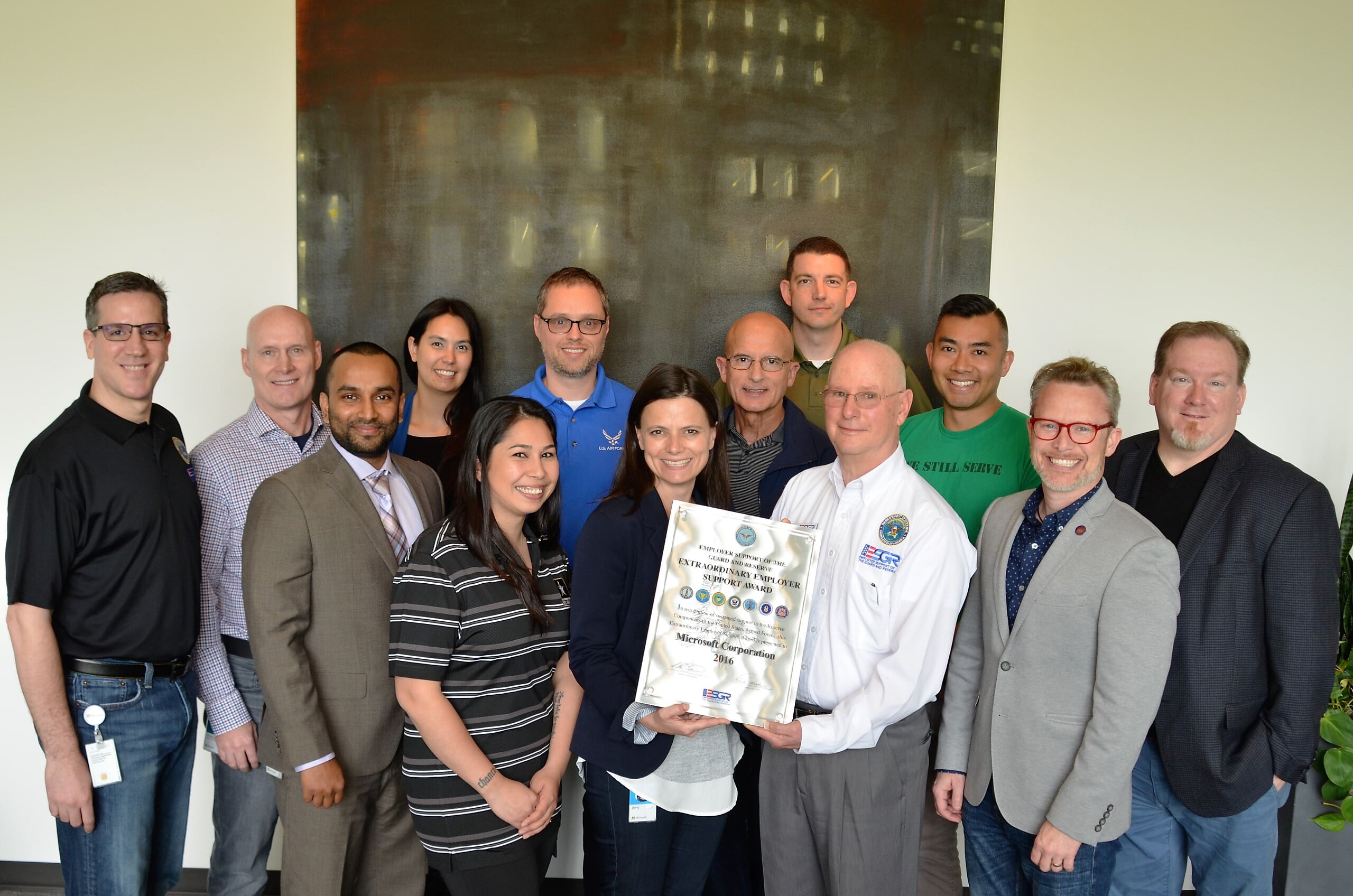 Microsoft has created a culture without stigma or bias that encourages service members to succeed even when they are pulled away from their civilian careers. “When I go away for a few weeks at a time, it’s never an issue with my boss or my team. The team adapts while I’m gone, and I dive straight back in when I return,” says Brent Huntington, a construction manager in our Cloud Infrastructure and Operations organization, who is also a gunnery sergeant in the Marine Corps Reserves. “I have a commitment to my country to honor, and Microsoft 100 percent gets that.”

Brent has had to pick up and go many times as a reservist and combat veteran with multiple deployments to Iraq and Afghanistan. He currently serves as a logistics chief at U.S. Central Command, a prime strategic component in the global war on terrorism, and his efforts directly impact national security. He says, “It’s hard to put my family and employer on hold, but knowing I’m supported by Microsoft — not just because it’s the law, but because it’s the right thing to do — really sets things at ease when it’s time to serve. With all the things I’m juggling, knowing Microsoft has my back really helps.

It’s our firm belief that while National Guard and Reserve military members like Brent are out on training missions or actively protecting others, private industry must continue to step up and protect their careers and provide their families with the peace of mind that all is well on the home front.

The post Microsoft earns award for its sustained support of Reservist and National Guard members appeared first on The Official Microsoft Blog.