Microsoft celebrates Pride by centering on intersectionality, donating to LGBTQI+ non-profits and releasing the largest and most inclusive product lineup

Pride at Microsoft is a grassroots phenomenon created by employees across all continents. It’s an opportunity to give visibility to LGBTQI+ identities on a global scale by bringing Pride to our products, bringing messages of empathy and inclusion to billions of people, and donating to LGBTQI+ nonprofits working toward equity for all.

This year Microsoft is making the largest and most inclusive Pride themed products in our company’s history. Created with and by employees from the LGBTQI+ communities, these Pride products center on the intersectionality of the LGBTQI+ movement across race and ethnicity. Embracing 19 flags representing various gender identities and sexual orientations, they give visibility to groups that are still often overlooked and neglected today.

Microsoft is also continuing our longstanding support for LGBTQI+ organizations. In the past year alone, together with our employees, we have donated over $2 million to organizations that support the LGBTQI+ community. To honor the launch of our Pride campaign,  we are making an additional $150,000 total donation to nonprofits around the world to help in the fight for LGBTQI+ equity.

Join us by exploring the campaign at microsoft.com/pride. 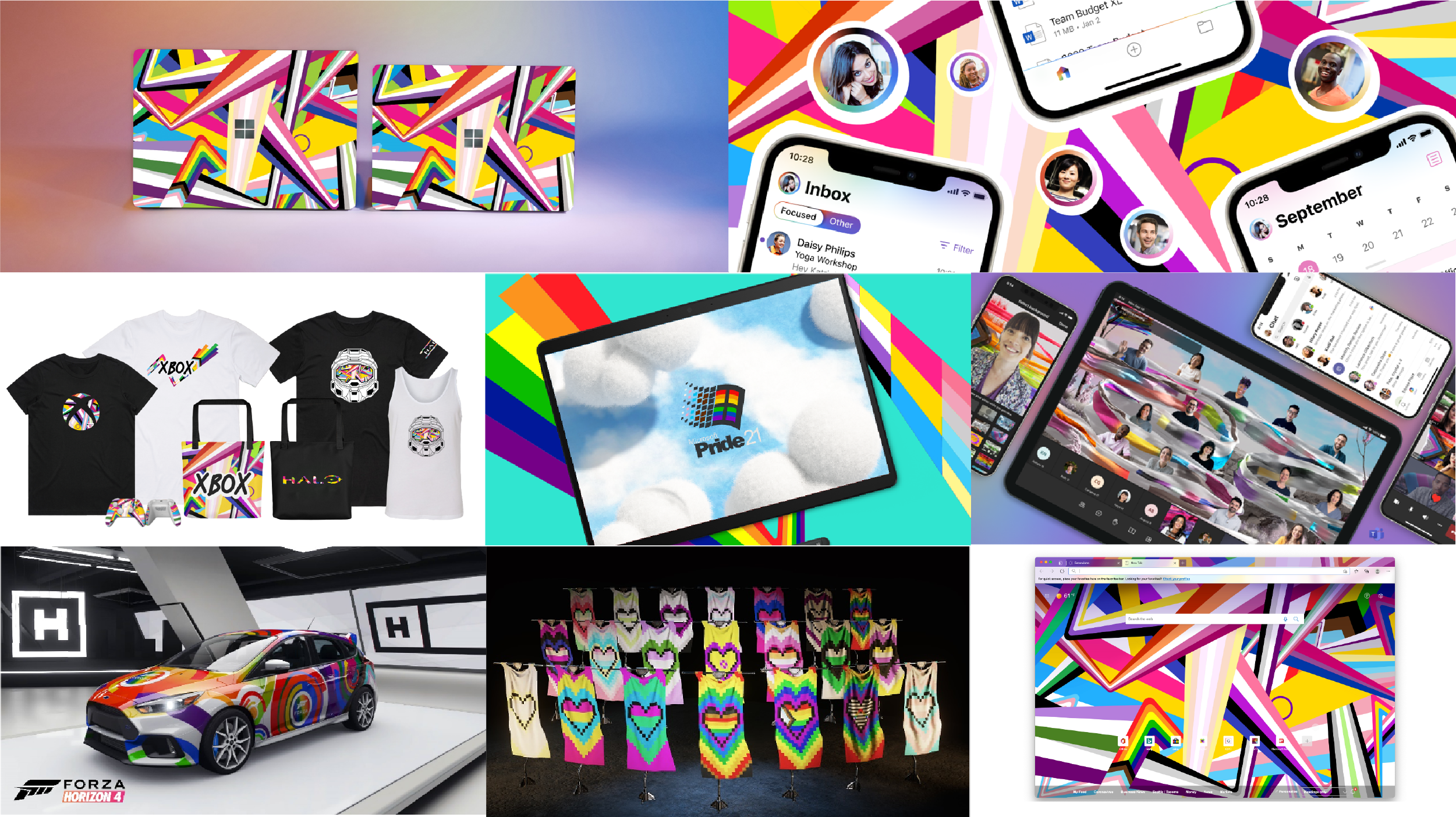 Microsoft operates in over 120 countries, most of which still don’t provide legal protections for LGBTQI+ individuals. LGBTQI+ communities represent a large group of people whose experiences vary and intersect across different cultures, regions, races, ethnicities, faiths and more.

When selecting the focus for this year’s Pride, Global LGBTQI+ Employee and Allies at Microsoft (GLEAM) members reflected on the intersectionality of the LGBTQI+ communities, centered on the stories of Black, Asian, Latinx and Indigenous LGBTQI+ people, and reflected on the spectrum of issues that the communities face today. Many issues are salient for LGBTQI+ people: working to protect transgender lives, working for racial equity, mitigating the impact of COVID-19, expanding environmental equity, increasing Indigenous visibility, and so much more. LGBTQI+ people at Microsoft believe that true power lies in coming together across communities to create change.

That’s why this Pride, the LGBTQI+ communities at Microsoft invite everyone to join in our call for justice and equity, as we highlight how societal issues that are often seen as separate and unrelated impact us all. The challenges we face are hard to solve. But as the stories of Microsoft employees and activists show, if we come together, we can make an impact and create change. 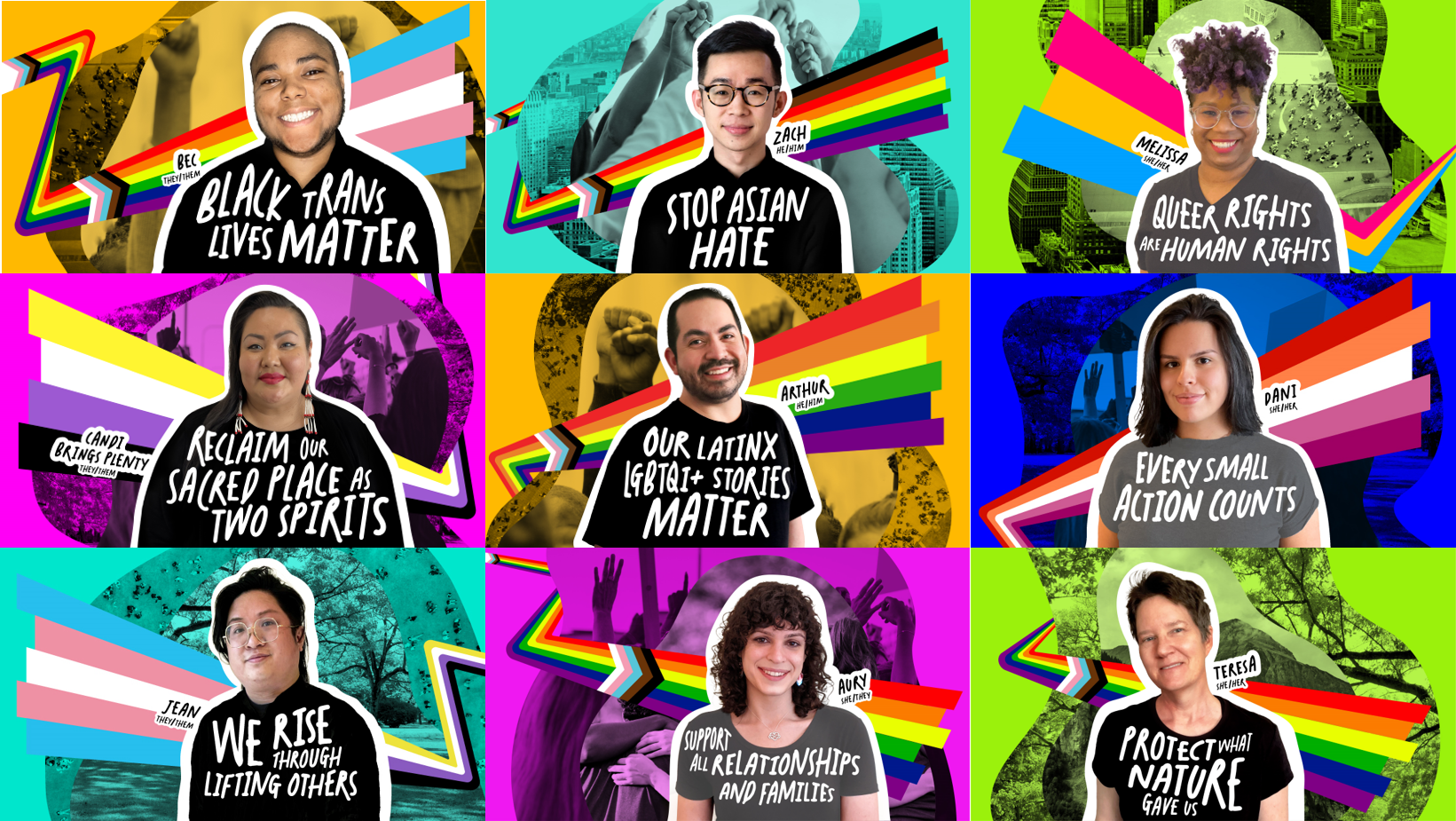 The richness and intersectionality of the community is at the heart of the inspiration for Microsoft’s Pride design. While traditional Pride designs favor a single Pride flag with a single message of inclusion, this year our work reflects the broader diversity of gender identities, gender expressions and sexual orientations. We also centered on the Black, Asian, Latinx and Indigenous communities.

The 19 different LGBTQI+ flags became the inspiration for many of our designs, including the Progress Pride flag, created by Daniel Quasar. Many of our products combine all these flags in an interwoven, energetic way, creating a sense of unity and evoking both technology and the possibilities of coming together to make change. If you haven’t seen these flags before, look them up and learn which sexual orientations, gender identities and expressions they represent. By putting the spotlight on these identities, we hope to give them visibility, and invite everyone to think how intersections offer new perspectives, and how collectively we can bring about change.

We use this Pride aesthetic across the product and campaign touch points, culminating in the stories of Microsoft employees and activists who bring change for and beyond LGBTQI+ communities. 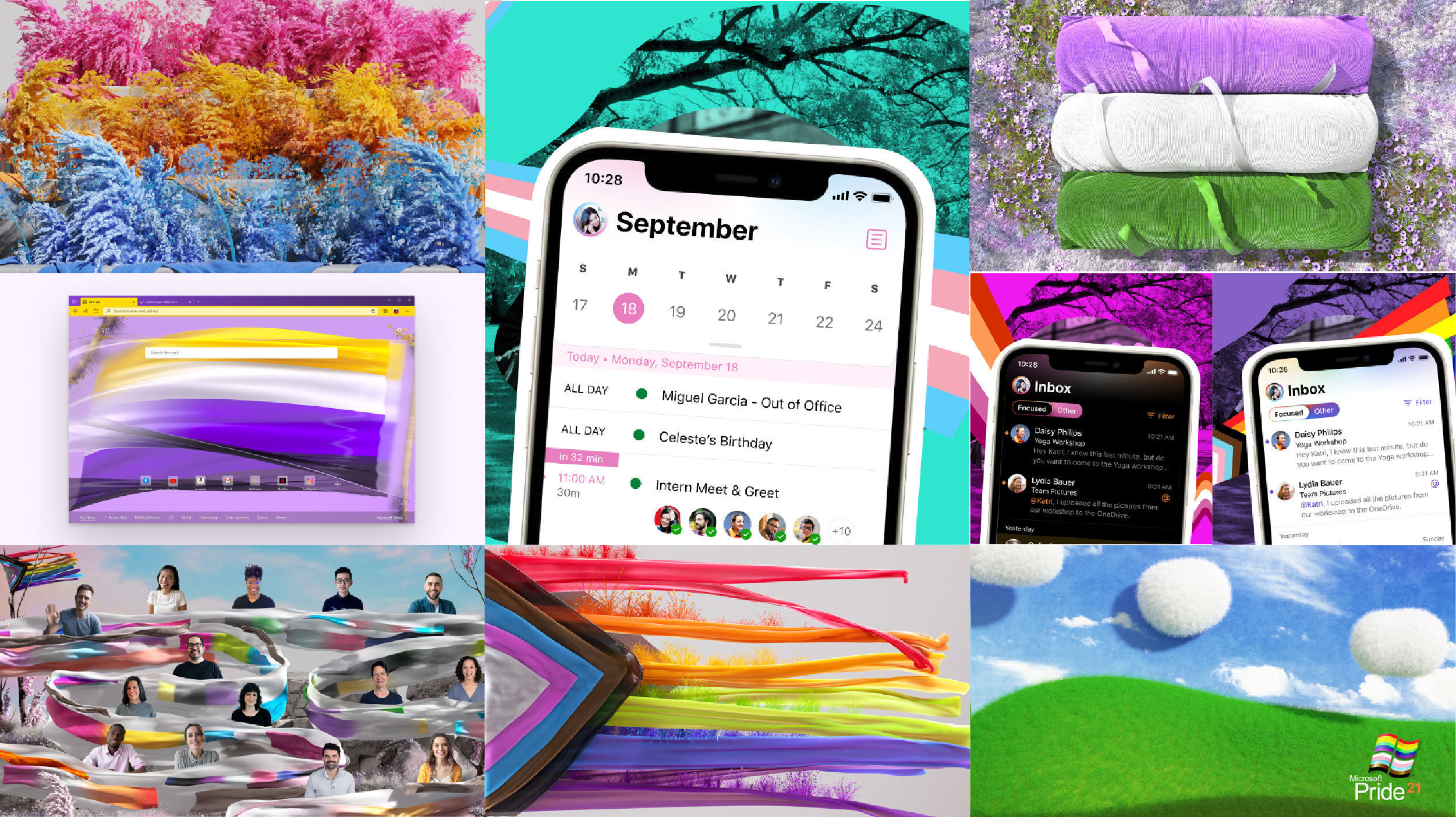 This year GLEAM members worked with teams across Microsoft to create the largest and most diverse product release in our history: 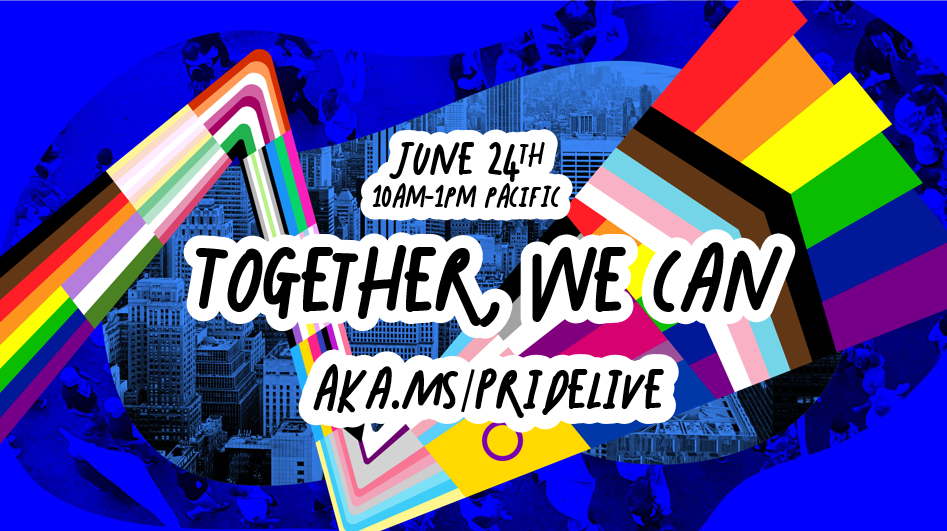 We’re also hosting a 3-hour virtual Pride “Together, we can” event on Thursday, June 24 at 10 a.m. PT on Microsoft’s YouTube channel. We’ll have discussions about intersectionality, solidarity, and representation with invited guests, nonprofits, and artists. We hope you can join us. RSVP at aka.ms/PrideLive.

Acting on the message

To honor the launch of our Pride campaign, we’re donating a total of $150,000 to the following nonprofits selected by the LGBTQI+ communities at Microsoft:

We’ve been consistently advocating for the LGBTQI+ people since 1989, when we became one of the first companies to introduce sexual orientation in our non-discrimination policies. Microsoft has attained a 100 score on the HRC Corporate Equality Index for 16 years. Since its founding in 1993, GLEAM has been honoring Pride by lifting up LGBTQI+ voices and using the reach of our products to share the messages of inclusion and support.

We invite everyone to join us in dialogue and action toward LGBTQI+ inclusion. There are many issues that many of our communities face, but by coming together, we can bring about change. Share your thoughts with us on social by using #MicrosoftPride.

The post Microsoft celebrates Pride by centering on intersectionality, donating to LGBTQI+ non-profits and releasing the largest and most inclusive product lineup appeared first on The Official Microsoft Blog.