A few years ago, it was hard to think of a commonly used technology tool that used AI.

In a few years, it will be hard to imagine any technology that doesn’t tap into the power of AI.

Thanks to the convergence of three major forces — increased computing power in the cloud, powerful algorithms that run on deep neural networks and access to massive amounts of data — we’re finally able to realize the dream of AI. 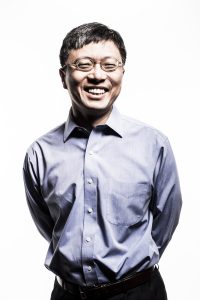 AI now has the potential to disrupt every single vertical industry, like banking or retail, and every single business process, from sales and marketing to HR and recruiting.

Along the way, AI also promises to amplify our endless reserves of human ingenuity — to augment our capabilities as people and help us be more productive.

The mainstream popularity of AI is new, but Microsoft’s investment in AI isn’t. We’ve been creating the building blocks for the current wave of AI breakthroughs for more than two decades, through groundbreaking research in areas such as machine learning, speech recognition, and computer vision and image recognition.

Now, we’re in the unique position of being able to use those decades of research breakthroughs, along with access to data through the Microsoft Graph and the computing power of our Azure cloud, as the basis for a new generation of tools and products from which developers and customers can benefit.

At Microsoft Build 2017 today in Seattle, we shared our vision to make the power of AI available to everyone, from developers and data scientists to tech enthusiasts and students. As part of that vision, we are committed to providing developers with a comprehensive platform of tools and services, anchored in principles of trust that put people in control.

Bringing AI to every developer

With Microsoft Cognitive Services, developers can build apps that recognize gestures, translate text in multiple languages, deconstruct video for quicker search, editing and real-time captioning, and even customize data to recognize images in categories most important to customers.

At Build, we announced that we now offer 29 Cognitive Services, giving developers a wealth of options for incorporating off-the-shelf and custom AI capabilities with just a few lines of code. We also showed how developers can custom train this set of services without needing to design their own deep learning models.

The new services include Bing Custom Search, Custom Vision Service, Custom Decision Service and Video Indexer. We also launched Microsoft’s Cognitive Services Labs, which allow developers to take part in the research community’s quest to better understand the future of AI. One of the first AI services available via our Cognitive Services Labs is a gesture API that creates more intuitive and natural experiences by allowing users to control and interact through gestures.

Microsoft Cognitive Services is the industry’s broadest offering of AI services, and the company is the only major provider to offer customization across all the key cognitive areas. Since launching at Build in 2015, more than 568,000 developers from more than 60 countries have signed up to use our services.

The improvements we are making in understanding speech and language are driving a paradigm shift — moving away from a world where we’ve had to understand computers to one where computers understand humans. We call this conversational AI.

Tools such as Microsoft Bot Framework are helping people interact in a more natural way with the technology.  Since its release last year, more than 130,000 developers have registered to build with the Bot Framework. At Build, we showed how we are making it easier for developers to use Bot Framework with offerings such as the new Adaptive Cards, which let developers create cards that work across multiple apps and platforms. Developers also can now publish to new channels including Skype for Business, Bing and Cortana, and implement Microsoft’s payment request API for fast and easy checkout with their bots.

For those developers who want to train their own deep neural networks, at Build we also announced a private preview of a new offering, Azure Batch AI Training. Developers can use this new service to train their models using any framework they choose, including Microsoft Cognitive Toolkit, TensorFlow and Caffe. At Build, we also showed how developers can take these deep learning models to where the data is, by using the analytics integration provided by Azure Data Lake, Azure Cosmos DB or SQL Server.

Taken together, AI + Azure provides the most comprehensive AI platform for developers.

We are infusing AI into every product and service we offer, from Xbox to Windows, from Bing to Office.

In Microsoft Office, AI is making it easier for people to create and enrich content. Users can find this in everything from Office Researcher, which helps users research and outline documents in seconds, to PowerPoint Designer, which interprets language and suggests visual design elements.

We’re constantly investigating new ways to use AI to improve the Office experience. The Presentation Translator announced today uses our Translation APIs for real-time translation in multiple languages during any PowerPoint presentation. Once launched, Presentation Translator embeds live transcriptions of the presenter into a specific language and even generates a unique link that attendees can use to get translations in their own language in real time.

The ultimate AI we’ve been dreaming about and working on is Cortana, your personal intelligent assistant. With more than 145 million people using Cortana in many different countries, and our rapid expansion across devices and platforms, we want to make it easier for every developer to reach this growing audience.

In addition to Harman Kardon’s Invoke intelligent speaker with Cortana, partnerships also were signed with HP on devices and Intel on reference platforms to deliver Cortana-enabled devices.

The Power of Data

There’s another secret ingredient for AI success: data. For AI tools to be successful, they need data to train on and learn from.

At Build, we offered developers more details about the Microsoft Graph, which allows customers to use unique data from their organizations to drive AI transformation. Microsoft brings work data and world data together with Office 365, Bing and LinkedIn — in addition to the data coming from any other business process or application.

The power of the Microsoft Graph comes together with business and customer data through a new partnership with Tact, the sales experience platform. At Build, we demonstrated how multiple Microsoft products and services, including Dynamics 365, Office 365, Microsoft Teams, Cortana Skills, Microsoft Graph and Sentiment Analysis, will be integrated into Tact’s conversational AI-powered virtual sales assistant later this year.

At Microsoft, we want to bring AI to every developer so we can help you create the next generation of AI-powered applications with the Microsoft Cloud, with Microsoft AI innovations and with the Microsoft Graph. As the computer scientist Alan Kay said, “The best way to predict the future is to invent it.”