Visionary minds melded near and far this week – from students imagining a cloud solution for diabetes management to the people reinventing their lives through “Minecraft.” 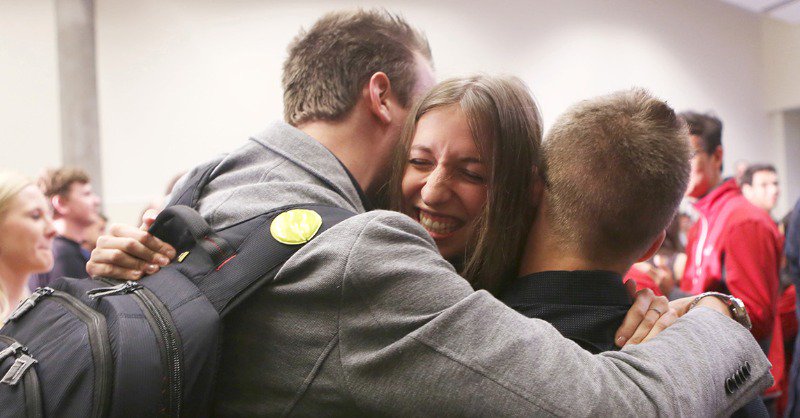 Happy tears flowed Thursday as winners of the 2017 Imagine Cup were announced. Team X.GLU, three students from the Czech Republic, took top honors for their project merging hardware and Microsoft Azure to help people with diabetes better cope with the disease’s symptoms.

The victors get a mentoring session with Microsoft CEO Satya Nadella, $100,000 in cash, a $125,000 Azure Grant and a trip to the 2018 Build developer conference. The field spanned tens of thousands of students who pitched ideas to change the world using code and who then spent months developing their solutions and go-to-market plans. In all, 54 teams from 39 countries were selected to compete at the World Finals in Seattle, Washington. 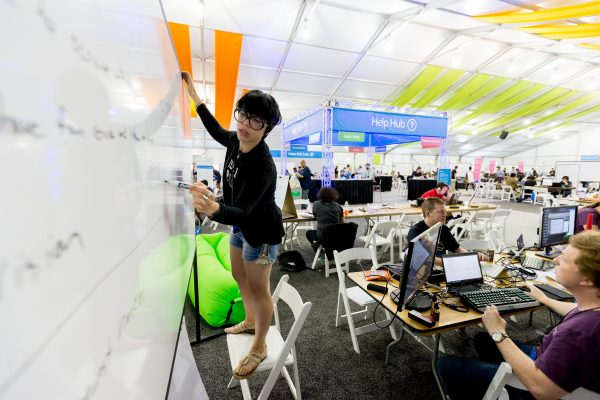 Microsoft’s One Week Hackathon wrapped up Friday, marking five days when nonprofits and employees formed teams to hatch ideas that address some of the planet’s largest challenges.

Following Hackathon, participants showcased their creations at Science Fair, held at locations around the world. In its brief history, the event has fueled 23 projects that shipped for customer download through the Microsoft Garage, while more ideas made it into Microsoft products and apps, including the newly released Seeing AI, as the Microsoft JobsBlog writes. 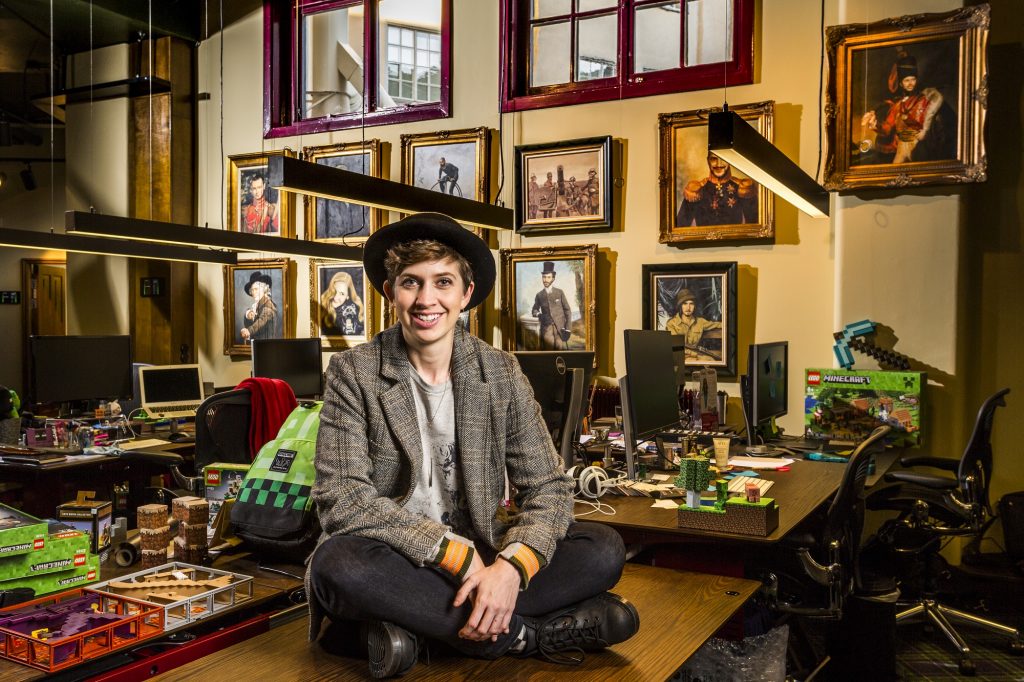 From an urban revitalizer in Mumbai to a poet in England, people around the world have used “Minecraft” to change their lives.

The latest .future podcast shares stories of folks who tapped the game to build new futures. For some, “Minecraft” fueled self-reinvention. For others, it helped them heal and even empower their communities. The podcast, produced in partnership with Gimlet Creative, is a Microsoft series about making the future happen, exploring tomorrow’s technology today and how it will affect generations to come.

Mixed reality is a blend of the physical and digital worlds, unlocking an entirely new vision of what’s possible – a reality formerly attainable only inside our imaginations. How will this next evolution in human-computer interaction empower you to do the previously impossible?

Check out latest episode of the Microsoft Story Labs animated series “Explanimators” above to learn all you need to know about mixed reality. And be sure to pay extra attention to the pants. 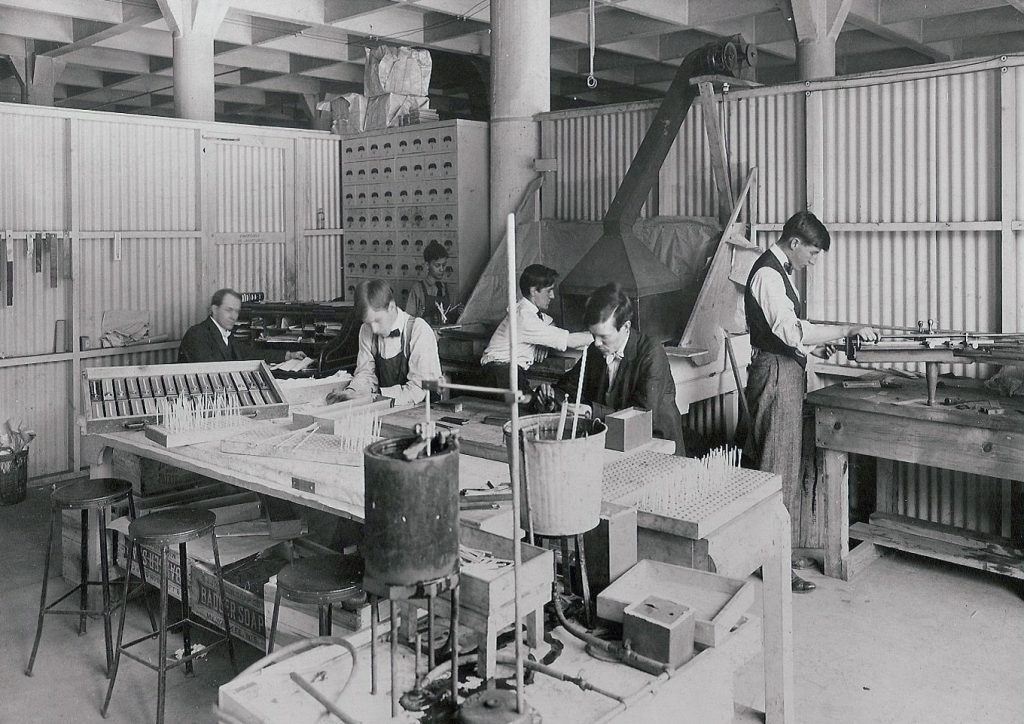 Amid a glorious summer, the last thing we want to mull is winter. But inspiration rooted in the chill of Wisconsin winters continues to impact our lives in the form of thermostats.

At the University of Wisconsin-Whitewater, professor Warren Johnson had a brainstorm 130 years ago. He saw janitors frequently interrupting his lectures to check classroom temperatures and adjust the basement furnace. That led Johnson to invent the Electro Tele-thermoscope, the first thermostat to monitor room temperature. In time, that gave way to Johnson Controls.

For that reason, building machines that can perform machine reading comprehension (MRC) would mark a major technological advance. A vital extension of that pursuit includes building an MRC system for a new domain.

Recently, top minds from Microsoft Research AI and Stanford University developed a transfer learning algorithm for MRC to attack this problem. In September, their work will be presented at EMNLP 2017, a top natural language processing conference. This represents a key step toward developing a scalable solution to extend MRC to a wider range of domains, writes principal researcher Xiaodong He on the Microsoft Research Blog.

Microsoft is focused on machine reading and is currently leading a competition in the field.

An outpouring of love and support for MS Paint colored many conversations across social media as fans rallied behind the 32-year-old app ahead of the Windows 10 Fall Creators Update.

Not to worry. Microsoft announced this week that MS Paint will live on – and now be free and occupying a new home in the Windows Store.

Also, try Paint 3D, available for free with the Windows 10 Creators Update. Many of the MS Paint features that cultivated lifelong fans – such as photo editing, line and curve tools and 2D creation – are in Paint 3D. Find out more on the Windows Blog. And keep up with what’s hot, new and trending in the Windows Store on Twitter and Facebook.

Bottom line: We love MS Paint as much as you do. Great minds do think alike.

Check back next Friday for another edition of Weekend Reading.